Sam Wyly: Billionaire To Bankruptcy – What To Takeaway

Now imagine what you would do with all of that money. Buy a few new houses? Check. New cars? Check. A private jet? Check.

How about declare bankruptcy? Sounds less appealing. Scrounge up another billion to pay your back taxes and penalties? Sounds unlikely.

That, however, is the reality for businessman, philanthropist and insolvent Texan, Sam Wyly. You may not have heard of Wyly, but you most likely have heard of the businesses he has been linked to, namely Bonanza Steakhouse and Michael’s craft stores. Once part of the exclusive club that makes up the list of the Forbes 400 Richest Americans, Wyly has been bestowed with a new title: holder of the largest IRS assessment in the Service’s history. At $2.03 billion, Wyly allegedly owes the IRS twice his net worth. Wyly’s deceased brother, Charles, is not too far behind in his share of unpaid assessments, either. He owes $1.1 billion in unpaid taxes, penalties, and interest.

How the Wyly brothers were able to accumulate such enormous tax debt is the stuff that financial ruin legends are made of. For over twenty years the brothers hid income in offshore trust accounts, funding them through their various business enterprises. The IRS specifically alleges that the accounts concealed profits made from sales of stock in publicly traded corporations on which both brothers served as members of the board of directors.

The IRS isn’t the only agency interested in the Wyly fortune, either. For nearly a decade the brothers have been investigated by the Securities and Exchange Commission (SEC) involving the same offshore trusts that caught the attention of the IRS. The trusts, located in the Isle of Mann, paid Wyly a yearly income of $16 million. They also landed Wyly fines of $198 million ($101 million levied against his brother) after a civil jury found the Wylys liable for fraud in May 2014.

Citing the enormity of SEC judgment, as well as costs expended during the investigation and litigation of the SEC claim, Wyly has since filed for Chapter 11 bankruptcy. Nevertheless, he has referred to the IRS assessment as “baloney” and remains steadfast in his belief that he and his brother paid all taxes owed.

Wyly estimates that since 1992 he has given the IRS and SEC over 1.4 million financial documents. So what is Sam Wyly’s take on what went wrong? That he has filed thousands of financial documents with the respective agencies…but that he should have filed more.

The IRS does not take kindly to withholding financial information or taxes from them.  If you have money in an offshore account, it is absolutely essential that you contact an expert in tax law in the United States.  Failure to do so could lead to financial ruin.  Contact a Fairfax County bankruptcy Lawyer at Frost & Associates today for a free consultation. 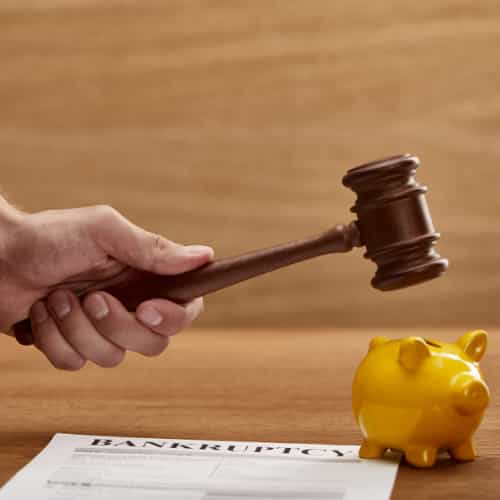 Sam Wyly: Billionaire To Bankruptcy – What To Takeaway